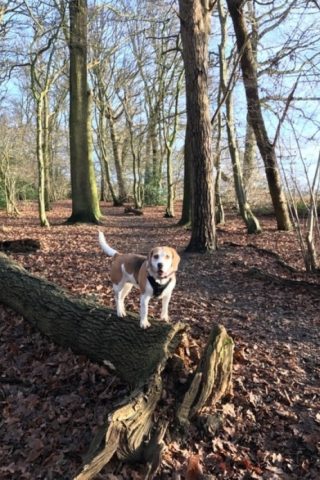 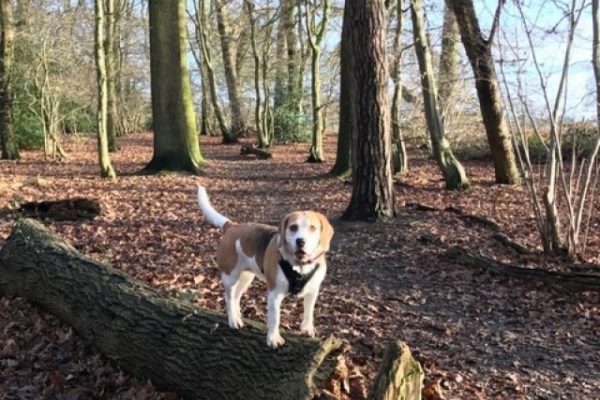 This lovely wooded walk was the last big outing we had with our first dog, so it holds a special place in our heart. Situated between the hamlets of Wellstyle Green and Bishops' Green, near Dunmow, Garnett's Wood was apparently once owned by a knight, and the owners have carved a knight into a tree stump in the centre of the wood. Good fun to go hunting for it, especially for youngsters.

The car park is not as easy to find as it once was, as the sign has been removed, but I've put a screen grab in with my photos. I used the postcode for Essex Hunt Kennels (CM6 1ND), and kept on driving down High Easter Road, until we eventually spotted it. There's space for four or five cars, and across a wooden plank bridge, you'll find a little paddock with a picnic table. We went on a rainy winter day, so we didn't make use of it. There was no bin though, and some previous picnic-ers had left their takeaway rubbish everywhere, which spoiled it a bit.

Enter the woods through the gate, and you're pretty much free to wander wherever you want. There are routes, but the trees are widely spaced, so you could just wander about freely. We did a circuit of the perimeter, which was a mix of open farmland, woodland, and the odd stream for the dog to paddle in. The paths are nice and wide, but not paved, so unless you're a particularly determined pushchair user, I'd avoid going in winter months when the ground is soggy.

We kept our dog off lead for pretty much all of this walk. There were no real dangers, but as we got closer to the car park, she got a whiff of a squirrel, and dashed off towards the road.

Heading in to the centre, we did find the knight eventually, and while it's not exactly a breathtaking sculpture, it's a nice end to the walk. When our new pup has better recall, we'll definitely be back.

CM6 1ND is a nearby postcode. Some sat navs recognise "Garnett's Wood Trail" as a road and will take you directly there. 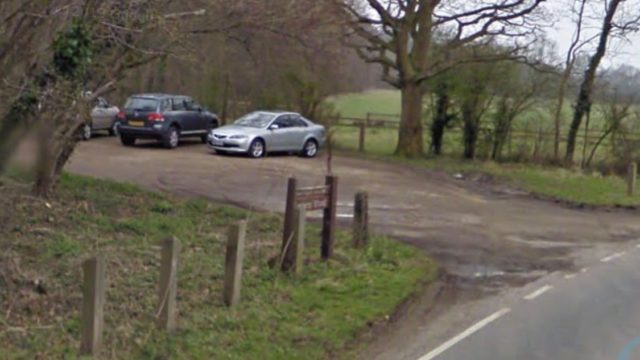 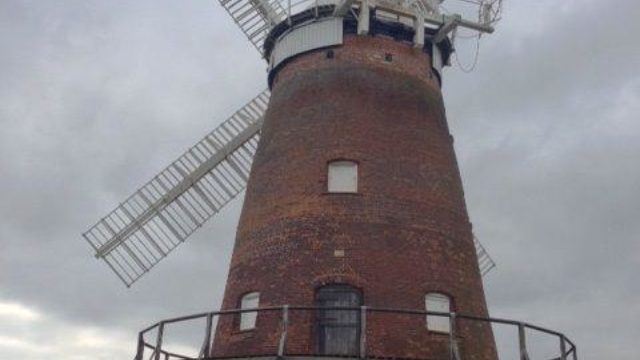 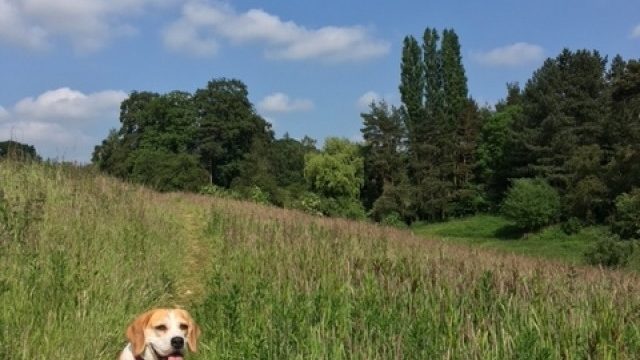 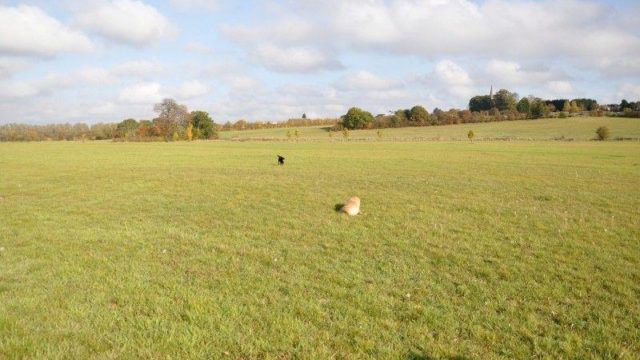 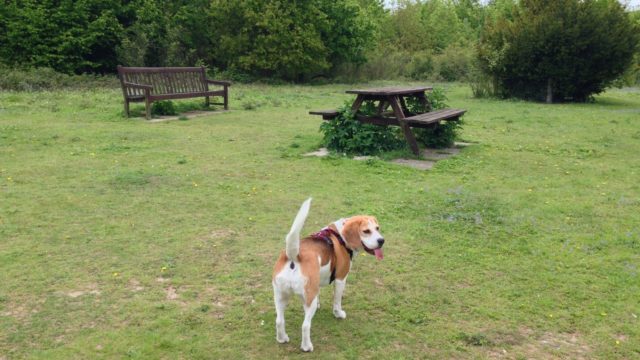 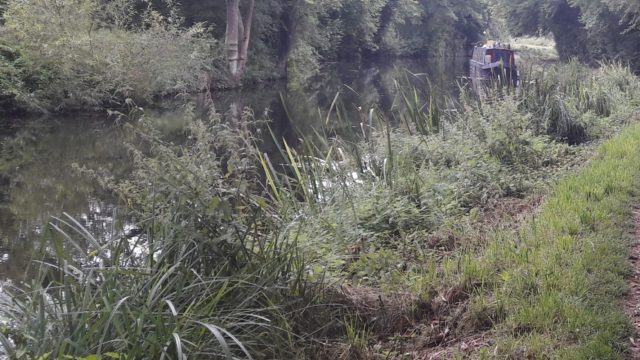 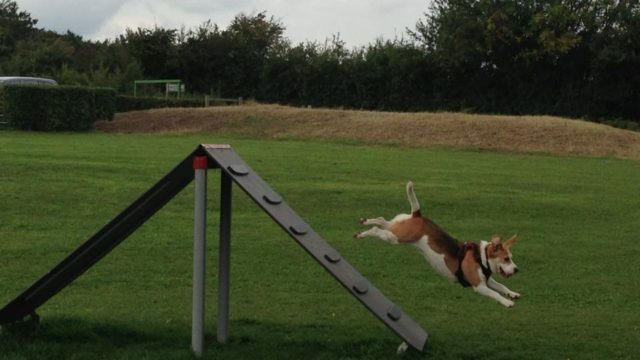 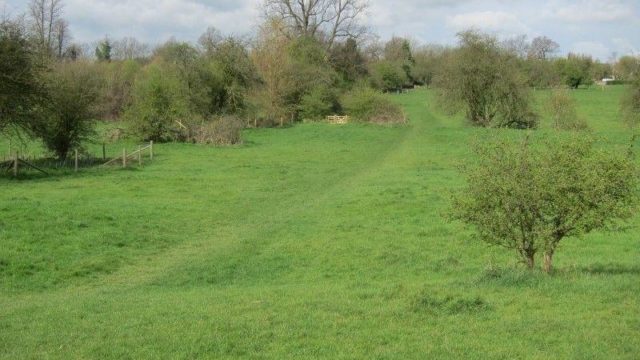 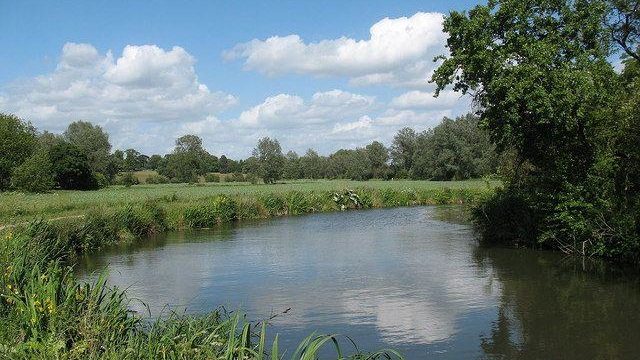 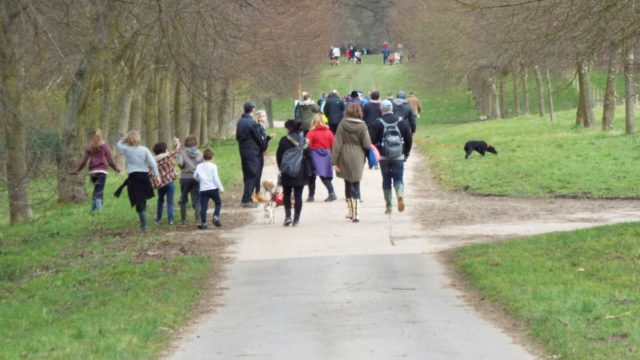 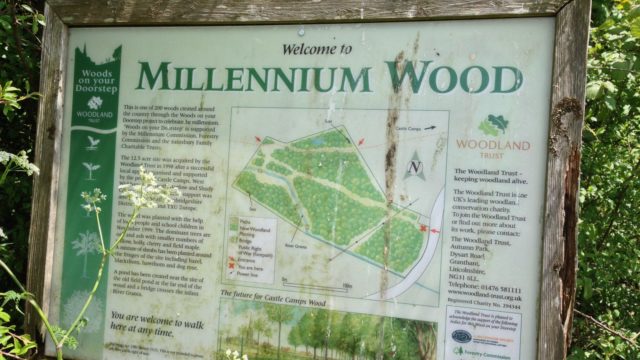 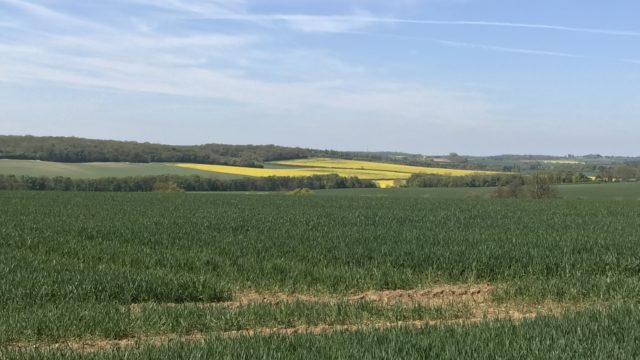